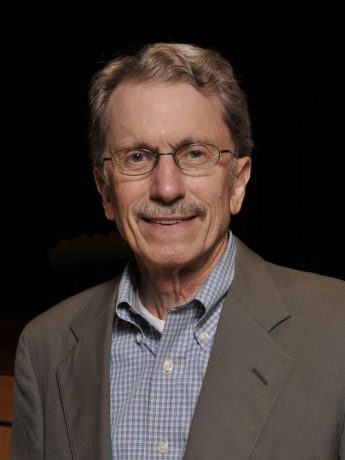 Editor and writer Richard K. Rein began his career with the Binghamton, NY, Evening Press, before becoming a correspondent for Time Magazine. As a freelance writer he contributed to People magazine, American Illustrated, and New Jersey Monthly, among many other publications.

Rein (pronounced like Ryan) was the founding editor and publisher of U.S. 1 newspaper, a weekly business and entertainment journal serving the Princeton-Route 1 business corridor in central New Jersey.

A resident of downtown Princeton, Rein is now reporting and writing on urban issues, and writing a biography of William H. Whyte. He is an active participant in Princeton Future, a non-profit group that promotes a community-based vision to address planning issues affecting the town’s character and future vitality.

Rein: The Back Story

In the fall of 1965, when Richard K. Rein was a freshman at Princeton University, he and his classmates were welcomed by the college president, who in his annual remarks to the new students noted that they should be prepared for change. The president, Robert F. Goheen, quoted a well known alumnus, William H. Whyte, author of the 1956 bestseller, The Organization Man:

“Every great advance has come about, and always will, because someone was frustrated by the status quo; because someone exercised the skepticism, the questioning, and the kind of curiosity which, to borrow a phrase, blows the lid off everything.”

In the fall of 1965 few people at Princeton or many other places would have taken that advice literally. But in the next four years various forces threatened the status quo: Protests against the Vietnam War, calls for equal rights for blacks, demands for coeducation at single sex colleges such as Princeton, and a primary challenge to a sitting United States president. As a writer and later editor of the Daily Princetonian, Rein oversaw coverage of all these transformative events.

The Daily Princetonian editorship led to a summer internship with Time magazine, helping to cover the 1968 Democratic convention in Chicago, and then to a position as a Time reporter for a new section founded at about the same time as the first Earth Day was celebrated in 1970. It was called The Environment.

Shortly after that, however, frustrated by the “group journalism” practiced by Time magazine, Rein took a job as an in-house writer for an environmental planning firm in Pittsburgh, known for its work designing Mellon Park, a vibrant downtown public space that helped ignite the Pittsburgh “renaissance” in what was then a very bleak urban center. As part of his research for that firm, Rein read The Last Landscape, William H. Whyte’s 1968 analysis of environmental planning and urban sprawl.

Rein soon moved back to Princeton and became a freelance writer. In 1984 he wrote several articles on a new corporate community blooming in several office parks located along the highway officially designated as U.S. 1 but informally called Route 1. The old-timers were critical of the rush hour traffic jams that the new offices were imposing on Route 1. Rein took a different view. What would possess those people to enter that rush hour traffic, every morning and every evening, day in and day out? The answer was some exciting work going on in those offices. It was a community of its own, Rein realized, and it deserved its own community newspaper. He started that paper, called U.S. 1, in 1984 and it continues to this day.

The Princeton-Route 1 corridor attracted national attention. The New York Times profiled the U.S. 1 corridor and its eponymous newspaper in 1987. A year later William H. Whyte wrote City: Rediscovering the Center. In it he described a trip he had taken to the Princeton-Route 1 corridor. Whyte — by then an established urban thinker — had given the new corporate corridor a low grade for its inefficient use of land and low density development. In his assessment he quoted the corridor’s own “spritely newspaper,” U.S. 1, which had proclaimed that “the trouble is not too many people, but too few.” For a fledgling newspaper to be quoted on the national stage was a coup. Rein used the quotation for years afterward in various promotional pieces.

Rein’s U.S. 1 newspaper focused on many of the issues addressed by Whyte: The growing pains associated with the suburban sprawl along the Route 1 corridor; the contentious planning process that would have converted acres of parking lots surrounding one of the busiest stops on the northeast corridor railroad line — Princeton Junction — into a mixed use development with housing, office, and retail uses along with the parking; the struggles of Trenton to capitalize on the new found appreciation for urban living; and efforts by Princeton to maintain its diverse population in the face of rising property values.

After stepping down as editor of U.S. 1 in 2019, Rein continues reporting and writing on regional and national urban issues. He also serves with Princeton Future, a private nonprofit organization promoting proactive community discussion of land use and transportation

Princeton Future in its work, as well as Rein in his reporting and writing, are trying to empower concerned citizens, not just paid professionals, to take ownership of their communities. They are trying to avoid the awkward moments such as those noted by William H. Whyte in his collection of essays called The Exploding Metropolis: “By the time the actual building plans for an urban redevelopment project are announced, the affair has become so wrapped up in local patriotism that . . . it is too late for second thoughts.” Whyte wrote that in 1957. More than 60 years later the skepticism, the questioning, and the curiosity continue.