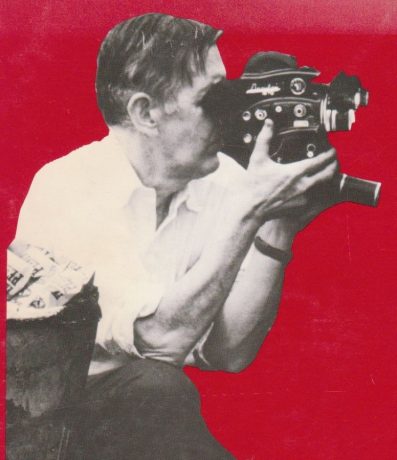 The closing chapters of The Organization Man established a thesis that would play out in most of Whyte’s subsequent writing, including The Last Landscape and City: Rediscovering the Center. Those “packaged villages,” as he referred to the suburbs created to house the organization men and their families, might have met the immediate needs of the post-war Baby Boom, but they would fail to be a sustainable alternative to vibrant cities and downtowns.

Whyte worked at a critical turning point in America’s environmental movement. Thanks to him, and thanks to the expansive view of his benefactor, Laurance S. Rockefeller, the conservation movement broadened its scope from the pristine fields and streams of undeveloped America to the gritty streets and small open spaces of the city. In 1958 Congress established the Outdoor Recreation Resources Review Commission, charged with reviewing and improving the country’s national parks and wilderness areas. The commission was instructed specifically not to study cities. But it did just that. “It had to,” Whyte, a member of the commission, wrote years later. “The simple, close-to-home activities, it discovered, are by far and away the most important to Americans. The place to meet this need, said chairman [Rockefeller], is where most Americans live — in the cities and suburbs.”

Whyte’s 1959 study for the Urban Land Institute, “Securing Open Space for Urban America: Conservation Easements,” was credited with helping to gain open-space legislation in New York, Connecticut, Massachusetts, and California. In 1964 Whyte’s 132-page booklet on “Cluster Development,” published by the American Conservation Association, argued that the conventional pattern of single-family homes on large lots had run its course, and that the time had come to establish guidelines and regulations for townhouses with common open space. “Cluster Development” became a frequently cited source at the 1965 White House Conference on Natural Beauty, co-organized by Whyte.

In The Last Landscape, published in 1968, Whyte brought into focus the enduring joys of city life, the potential of the smallest plots of land when put into use rather than left abandoned, and the perils of poor planning. Whyte was hired to edit New York City’s Master Plan in 1969 and acted as a consultant on many building and zoning proposals. All this work became the basis for his film and accompanying book published in 1980, The Social Life of Small Urban Spaces. That book, in turn, became the starting point for City: Rediscovering the Center.

Whyte’s description of the potential downside of corporate moves to the suburbs, and the reasons why some would eventually want to move back to the city, is the stuff of contemporary headlines.

Published in 1988, City was Whyte’s last major work. Whyte’s description of the potential downside of corporate moves to the suburbs, and the reasons why some would eventually want to move back to the city, is the stuff of contemporary headlines. As Whyte wrote in City, those companies in corporate campuses sitting on suburban hilltops soon discovered that representatives of other companies rarely wanted to meet them in the hinterlands. Let’s get together in the city, they would suggest, where “truly critical negotiations” can be done “informally, on common meeting grounds equally accessible to both parties” — places such as restaurants, coffee shops, even street corners. These places, Whyte wrote, “are at the heart of the city’s intelligence networks, and a company that cuts itself off from them loses something that no electronic system can ever provide.”

True to Whyte’s prediction, at least some of the companies would come back to re-engage in the city’s “human congress,” which is “the genius of the place, its reason for being, its great marginal edge. This is the engine, the city’s true export.” General Electric, for example, which had vacated Lexington Avenue in Manhattan for a suburban location in Fairfield, Connecticut, has now abandoned that location for a new headquarters in Boston. McDonald’s, not specifically referenced by Whyte, but nevertheless a symbol of the suburbs’ allure with its endless trail of golden arches sprawling across the landscape, has left its 74-acre campus in Oak Brook, Illinois, and retrenched in Chicago, in the heart of one of the city’s best restaurant districts.

William H. Whyte died January 12, 1999, at the age of 81. At the end of his life he was working on a memoir, published posthumously as A Time of War — Remembering Guadalcanal, A Battle Without Maps. With a half-century’s hindsight, Whyte realized that the experience he had as a Marine fighting the Japanese on that embattled Pacific island would be a precursor of his work patrolling the streets and observing the behavior of people in the heart of Manhattan — the research that would provide the grist for City: Rediscovering the Center.

Shortly after Whyte’s death, Harvard sociologist Nathan Glazer wrote in the Wilson Quarterly that Whyte “seems fated to be known as The Organization Man man.” But the article’s title, “The Man Who Loved Cities,” reflected Whyte’s stature as “one of America’s most influential observers of the city and the space around it.” That same year New Yorker reviewer and urban advocate Brendan Gill described Whyte as a “learned amateur,” in a class with Frederick Law Olmsted, Lewis Mumford, and Jane Jacobs. On January 2, 2000, the New York Times Magazine included Whyte in its “People of the Millennium,” with a title that alluded to his contributions to social criticism as well as urban planning: “The Observation Man.”