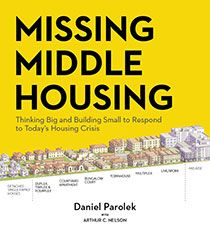 What would be acceptable? Parolek took townspeople on a walking tour of Santa Barbara, which has a wide range of missing middle housing types. The one site loved by everyone in the group was a two-story, C-shaped Spanish Revival courtyard building. They all agreed it was the kind of housing that zoning should permit. Then Parolek calculated the density — almost 45 units per acre. Parolek then was able to shift the conversation away from abstract numbers to more visible aspects of form and building type. END_OF_DOCUMENT_TOKEN_TO_BE_REPLACED 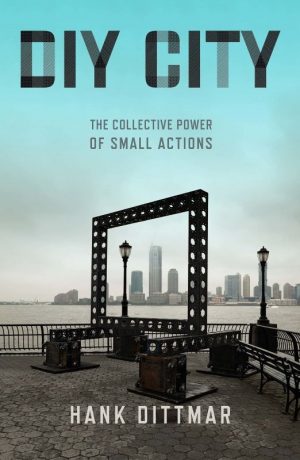 Dittmar, whose planning credentials include jobs on both coasts of the United States as well as in Great Britain, uses the first-person plural referring to the professionals. “As planners, we all too often try to get everything right, and we all too often respond to short-term shifts in economic fashion as if they are epochal in nature.” He cites retail as a case in point, with planners shifting their designs as the winds favored first outdoor shopping malls, then festival marketplaces, then big-box centers, and then online shopping coupled with hyper-local neighborhood retail. “Each wave has left behind stranded public investment, to the point that a cottage industry has sprung up to redevelop shopping centers that are often less than twenty years old.” END_OF_DOCUMENT_TOKEN_TO_BE_REPLACED

In another column in the “spaces” chapter, Saffron calls out a “high-handed” decision to prohibit “the time-honored practice of parking your bottom atop Rittenhouse Square’s elegant limestone balustrades.” The public interest, in Saffron’s forthright opinion, coincides with her urban sense. “Even though Rittenhouse Square is in the toniest part of town, there is a strong sense that these gracious seven acres belong to all of us. . . A microcosm of the city, the park is the place where we learn to tolerate people who are different from us.” END_OF_DOCUMENT_TOKEN_TO_BE_REPLACED 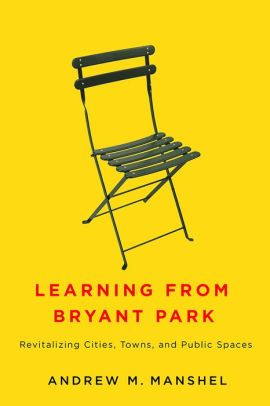 END_OF_DOCUMENT_TOKEN_TO_BE_REPLACED

From Organization Man to Transaction Man

If you had to name today’s biggest companies you might quickly tick off Microsoft, Apple, Google, Facebook, or Amazon. If you were asked to name the biggest firms of 50 years ago you might mention General Motors, GE, IBM, AT&T, or Westinghouse.

Easy. But if you were asked to explain how those corporate behemoths from mid-20th century America gave way to the 21st century big guys you might guess that it was a matter of foreign competition, bad management, or failure to keep up with changing technology. Nicholas Lemann, author of Transaction Man – The Rise of the Deal and the Decline of the American Dream, has a different answer. The transformation of America’s corporate landscape, Lemann writes, “isn’t the result of inexorable processes that were too powerful to resist. Instead, it came from a series of choices that we, or at least America’s business and political elites, made.” 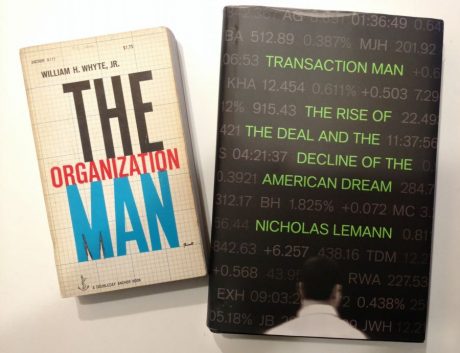 Lemann charts those choices and the resulting transformation from the golden age of the Institution Man, epitomized by William H. Whyte’s 1956, bestseller, The Organization Man, to the era of the Transaction Man, represented by the aggressive investors and dealmakers of the 1980s and 1990s, to the current era of the Network Man, in which large-scale and highly disruptive online platforms and Internet services occupy the corporate pinnacle.

Those choices are shown through portraits of men central to each of the three business epochs. Those portraits, in turn, are positioned around a series of vignettes of a single neighborhood on the southside of Chicago. The cast of characters in Chicago Lawn include a longtime GM auto dealer, a woman who had marched in support of Martin Luther King Jr. in 1966, a neighborhood organizer who was shot in the back as he was trying to quell a disturbance on his street, and others whose lives were touched by the disruption in the social order caused at least indirectly and sometimes directly by the macro-economic changes. END_OF_DOCUMENT_TOKEN_TO_BE_REPLACED