Breaking News from the ‘News Desert’

An update has finally been posted in the case of the 26-year-old employee of a Princeton-based marketing firm who was found murdered in her apartment after going home for lunch on June 10. Police have charged a co-worker, Kenneth C. Saal, 30, of Lindenwold, NJ, with the murder. 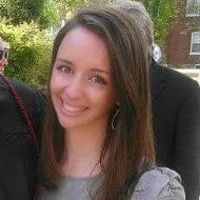 Carolyn Byington, a graduate of Lafayette College, had worked at the Engine Group at 902 Carnegie Center in the Princeton-Route 1 corridor. The August 21 arrest for first degree murder was announced by Plainsboro police and the Middlesex County prosecutor’s office. Details on the accused killer’s alleged activities on the afternoon of the murder were reported by NJ.com.

A LinkedIn account for Kenneth Saal described him as a “staff accountant” at Engine Group, “with a demonstrated history of working in the marketing and advertising industry. Skilled in fixed assets, data analysis, account reconciliation, accounting, and intercompany accounts. Strong accounting professional with a masters focused in business administration from Monmouth University.” A 2011 graduate of Pace University’s Lubin School of Business, according to the LinkedIn profile, Saal previously worked at the Mercadien Group in Hamilton Township and at Valeant Pharmaceuticals in Bridgewater, before joining Engine Group in July, 2016.

ReinReports.com took notice of the case in a post filed July 30 as an indication of an emerging “news desert,” even in the relatively affluent central New Jersey community. Whereas 20 years ago journalists from several different news organizations might have pursued leads at the victim’s company, or knocked on doors of neighboring apartments to determine if anyone had heard anything suspicious that day, coverage now was limited mostly to the conveyance of official police reports. Understaffed and overworked, news organizations do their best. And less dramatic stories, like zoning and planning board matters, go largely uncovered.